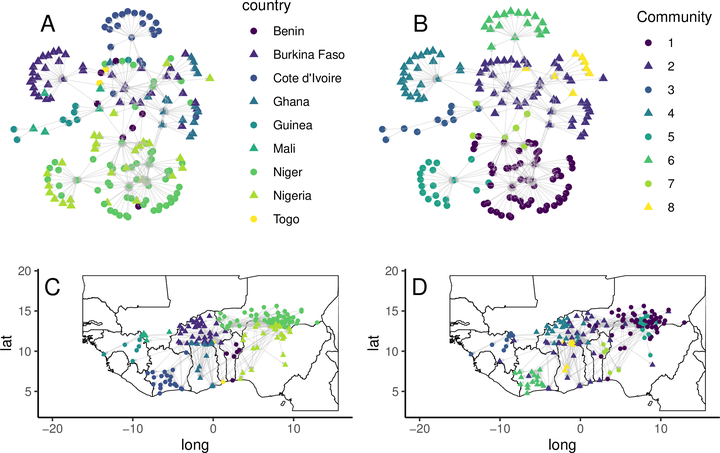 In West Africa, long and complex livestock value chains connect producers mostly in the Sahel with consumption basins in urban areas and the coast. Regional livestock trade is highly informal and, despite recent efforts to understand animal movement patterns in the region, remains largely unrecorded. Using CILSS database on intraregional livestock trade, we built yearly and overall weighted networks of animal movements between markets. We mapped and characterized the trade networks, identified market communities, key markets and their roles. Additionally, we compared the observed network properties with null-model generated ensembles. Most movements corresponded to cattle, were made by vehicle, and originated in Burkina Faso. We found that live animals in the central and eastern trade basins flow through well-defined, long distance trade corridors where markets tend to trade in a disassortive way with others in their proximity. Modularity-based communities indicated that both national and cross-border trade groups exist. The network’s degree and link distributions followed a log-normal or a power-law distribution, and key markets located primarily in urban centers and near borders serve as hubs that give peripheral markets access to the regional network. The null model ensembles could not reproduce the observed higher-level properties, particularly the propinquity and highly negative assortativity, suggesting that other possibly spatial factors shape the structure of regional live animal trade. Our findings support eliminating cross-border impediments and improving the condition of the regional road network, which limit intraregional trade of and contribute to the high prices of food products in West Africa. Although with limitations, our study sheds light on the abstruse structure of regional livestock trade, and the role of trade communities and markets in West Africa. 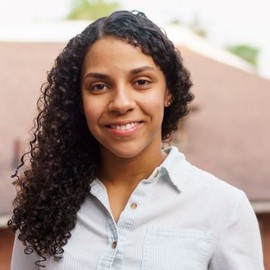 My interests include building data and simulation models of agricultural value chains in developing countries, learning and teaching data analytics and communicating science.